Click here to edit the Social Media Links settings. This text will not be visible on the front end.

My Time At Century 21 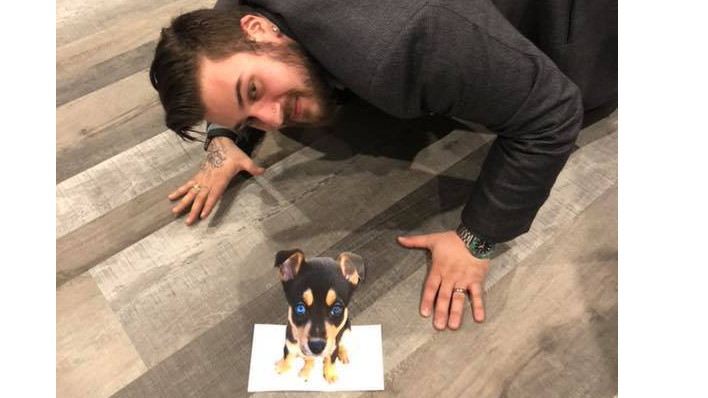 Never did I think that I would hang up the ol’ hardhat and put away the steel-toed boots for a suit jacket and brown leather dress shoes. Luckily YouTube has a video on how to tie a tie.

My name is Alessandro Simonetta, but, just call me Alex, trust me it is easier. I am a 24- year-old husband, and father to a beautiful 3-year-old boy, as well as a Law Clerk student at Georgian College. In 2016, my wife and I decided we wanted a break from the fast-paced, street car riding, environment that was Toronto, Ontario, and moved somewhere that had about as many people in it as my High-School had; Walkerton, Ontario. We enjoyed our time there for a bit before moving towards the Georgian Bay. We had our sights set on Owen Sound, mainly because we had been accepted to Georgian College… Long story short, we bought a home about a 5-minute drive from our College!

As a Law Clerk student, one of the requirements to graduate is to have at least 84 hours of field placemen, in your final semester, with an approved company, for example, in my case, a Real Estate Agency. This is because the College wants to know that we are comfortable in this field and to be able to give us some hands-on training. Once Semester 4 came rolling around, that’s when the hunt for a placement started… cue nervous sweating! As much as I wanted to do my placement in a Real Estate Agency, I wanted to at least try the Law Offices first. After being rejected by a handful of them, as well as Legal Aid, I felt relieved… as odd as that may sound. I really wanted to be in a Real Estate Agency. So, I took to Google! After sifting through a bunch of reviews of Real Estate Agencies, I found one with a nice amount of 5/5 reviews; Century 21 In-Studio Realty. So, as I sat at the desk of my job in the Fitness Centre at Georgian College, I picked up the phone and called.

Now, I may not act like it at times, but I am quite the anxious person when I have to call someone I have never spoken to, as well as being interviewed by them. As soon as I heard the gentleman on the phone say “Hello?” and introduce himself, I knew I had to gather all the courage I could find to speak, and so I did. The man I spoke to was Mike Seiler, Broker of Record, and Owner of the Century 21 In-Studio Realty in Owen Sound. As soon as I mentioned that I was a student looking to do my placement hours at his Agency, he eagerly said yes! I don’t even think Mike let me finish my sentence before he said yes.

We met the following week for an interview, and as nervous as I was, Mike was awesome! He came across as the type of guy that just wanted himself to succeed as well as the people around him. I was happy that he allowed me to do my field placement under him, and I was happy that my field placement coordinator approved it. If you’re walking by Century 21 on 2nd Avenue East in Owen Sound, it is easy to mistake it for a shop that sells some amazing home and kitchen décor… you know, the type of stuff you see on HGTV… My wife makes me watch it. The reason Mike does this is because he wanted his office to be more than just a Real Estate Agency. He wanted to showcase local entrepreneurs and help get their names out there. It was refreshing to also find out that Mike didn’t ask to keep any of the money from these sales, he just asked that the people whose products he was selling could just donate at least 10% of their sales to Ontario Easter Seals which is a charitable organization that helps to provide services and programs to children and youth with physical disabilities across Ontario.

My time at Century 21 has been fantastic. From learning about the industry from Mike, to learning about the paperwork and the administrative side from the Office Manager, I feel like I can take away so much from Century 21 that could benefit me in my career. Mike made me feel like I was part of the team and just listening to the ideas he had made me feel inspired to never stop dreaming, and to never stop working towards making those dreams a reality.

Thank you, Mike, and the whole Century 21 team here in Owen Sound for taking on a College student that used a YouTube video to tie his tie for his interview. You guys truly are what town pride looks like.