The right cooling system for your home will be energy-efficient and cost-effective.

In many parts of Canada, summer can be a hot and humid season. Many homeowners rely on home cooling systems to keep cool during the day and sleep comfortably at night.

Air conditioning systems are becoming more energy-efficient, cost-effective, and environmentally friendly. If you’re looking to upgrade or replace your cooling system, there are many choices to fit your specific needs. Here is a brief survey of the options available today.

Central AC can come as a split system or a packaged unit.

Among central AC systems, split central air conditioning is the most common. It’s called a split system because it’s split between the evaporator coil above your furnace or air handler in your home and the condenser unit outside your home. This option is more cost-efficient than a packaged system if you have a furnace.

In a packaged central AC, both the evaporator and condenser are in the same unit, which is usually installed outside the home on the ground. Warm air is pumped from the home where it is cooled and then returned through the ductwork. 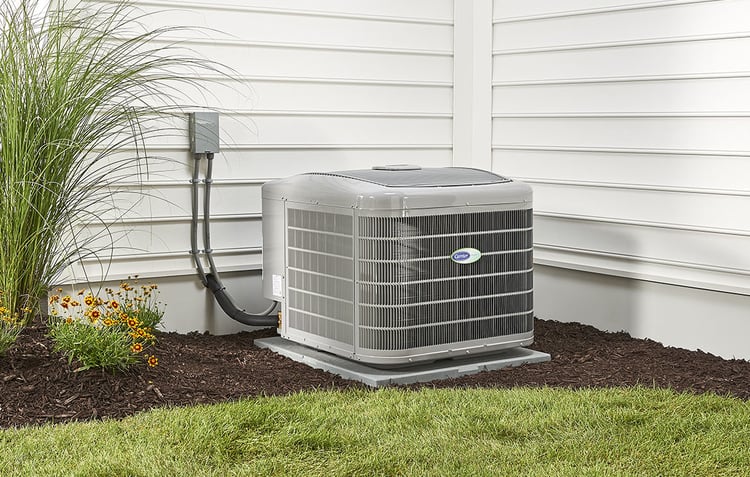 Some older homes don’t have the ductwork needed for central AC. A ductless split AC system can have multiple heads (indoor units) mounted on a wall, floor or ceiling. Each head cools only the air in the room where it’s installed, allowing you to set different temperatures for each room. Just like central AC, heat is absorbed by refrigerant sent to a condenser outside the house.

Heat pumps function to move heat, not create it. This ability makes them one of the most energy-efficient heating and cooling systems available. The different types of heat pumps include air-sourced, ductless split, and geothermal heat pumps. 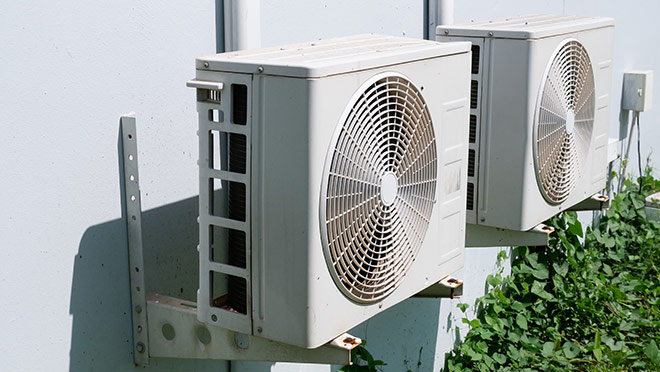 An air-sourced central heat pump acts like a conventional central AC system with an evaporator coil, condenser, refrigerant and ductwork. It functions as a cooling system when it absorbs heat and releases it outside. It works as a heating system when it collects heat from the outside air and sends it inside the house.

A ductless split heat pump (“mini split”) is a good choice for older homes without ductwork. Like other split systems, the evaporator coil is located inside the house, and the condenser is outside. This system can have multiple indoor units to provide heat or cooling in different rooms.

A geothermal heat pump operates similarly to an air-sourced heat pump but transfers heat between your home and the ground using liquid instead of air. Because temperatures in the ground are more even, geothermal can operate more efficiently during the hotter and colder days of the year.

A portable (“windowless”) air conditioner sits on the floor and can be moved from room to room. These mobile air conditioning units release heat through a window vent, and the moisture can be sent outside or collected in a container. Portable air conditioners are effective in cooling small spaces like garages, dens, recreation and computer rooms. 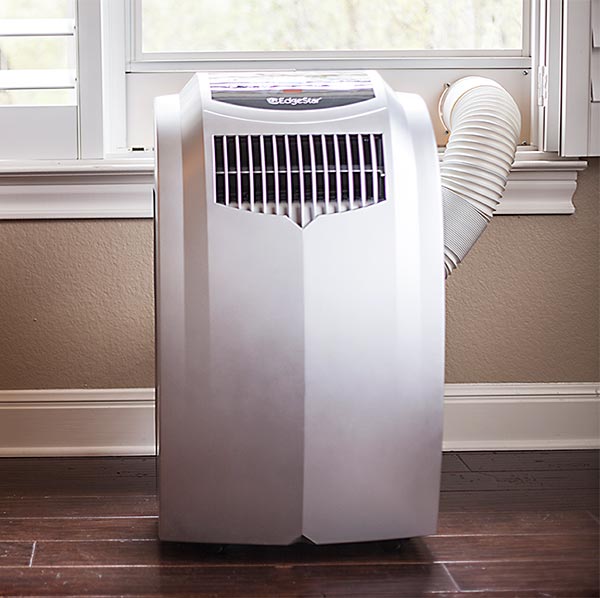 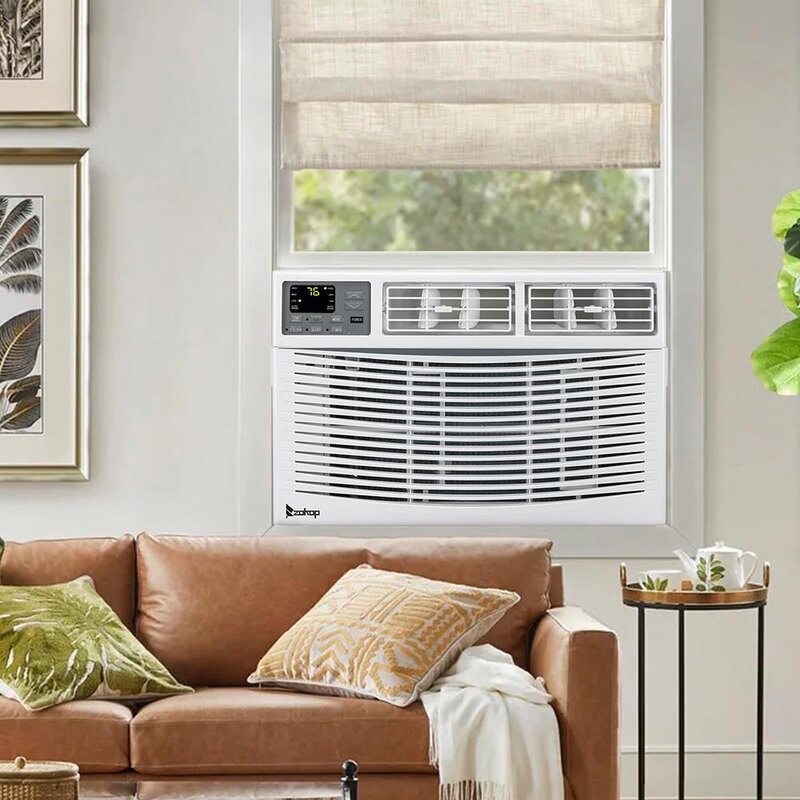 Window ACs ﬁt into an open window frame in your home and are primarily used to cool one room. A window AC takes cools air with an evaporator coil and blows it back into the home. The condensed moisture drips onto the ground outside your home.

Explore the different components of the house.

Let the light in, and keep the cold air out...

Control your appliances and devices from anywhere, ...